It’s the New Year, and as us students prepare ourselves for the next term you’d think we’d all be revising and studying right? Or possibly catching up on the multiple TV series we have on our Netflix list. So to add to your list of recommendations, I asked students around Edge Hill University what TV series they think are worth watching. You have been warned, you may get addicted…

Orange Is The New Black: First airing in 2013, this American TV show became a popular choice on Netflix, and with the fourth series coming in June this year there’s plenty of time to catch up. Or if you’ve already seen it, who’s to say you can’t watch it all over again!

Skins: premiering for the first time in 2007 on E4, the show went on to produce sixty more episodes after achieving critical success. Focusing on different groups of teenagers growing up in south west England, it covers all the confusing feelings and emotions that adolescences’ go through as well as exploring issues with drugs, mental illness and sexuality. The series ended in 2013, and revisited the lives of three characters from the different generations of the show.

Making a Murderer: if you haven’t already seen the endless social media posts and controversy on this series then where have you been? The ten part series was only released on Netflix in December 2015, but gained a lot of attention. Without giving away too many spoilers, the documentary focuses on Steven Avery who was wrongly convicted at a young age then released but was soon re-arrested for a murder case.

Breaking Bad: the crime drama series finished a few years ago, but all 62 episodes can be binge-watched on Netflix. It focuses on a chemistry teacher, Walter White, who is battling lung cancer and turns to a life of crime with the help of his student Jesse Pinkman.

American Horror Story: if you’re into weird and creepy horror anthologies then this is the TV series for you, first released in 2011 the creators went on to make 4 more series. The latest series even casted Lady Gaga as one of the characters. Each series tends to focus on a different theme whether it be witches, a mental asylum or a circus. But they do get weird so be prepared.

Prison Break: an American television drama, consisting of four seasons with 81 episodes. An innocent man is sent to prison, and in order to break him out from the inside his brother deliberately tries to get himself sent to prison too. If you liked Breaking Bad then you’ll also like this series, it’ll make you tense and on the edge of your seat just waiting for more.

Pretty Little Liars: first airing in 2010, the teen-drama mystery thriller follows the friendship of four girls, haunted by the unexplainable death of their best friend and the mysterious and anonymous A who keeps taunting them with clues and messages about their best friend’s death. After four episodes you’ll most likely know the entire opening credits tune off by heart, it’s catchy!

How I Met Your Mother: an American sitcom set in Manhattan following Ted Mosby and his friends, as Ted recounts to his children in 2030 how he met their mother. There are nine seasons and….wait for it…208 episodes. But if you enjoy it, most likely you’ll get through 10 episodes a day on a usual binge-watch. With a mix of emotion and humour, it’s the ultimate rom-com series.

Sherlock: one of the few British TV series that have been mentioned on this list, but this crime drama based on Sir Arthur Conan Doyle’s book isn’t to be missed. First airing in 2010, the show proved to be a hit and two other series followed after, as well as a special episode on the 1st of January 2016. The first three series are set in modern-day London with Sherlock acting as a private detective and John Watson as his assistant. 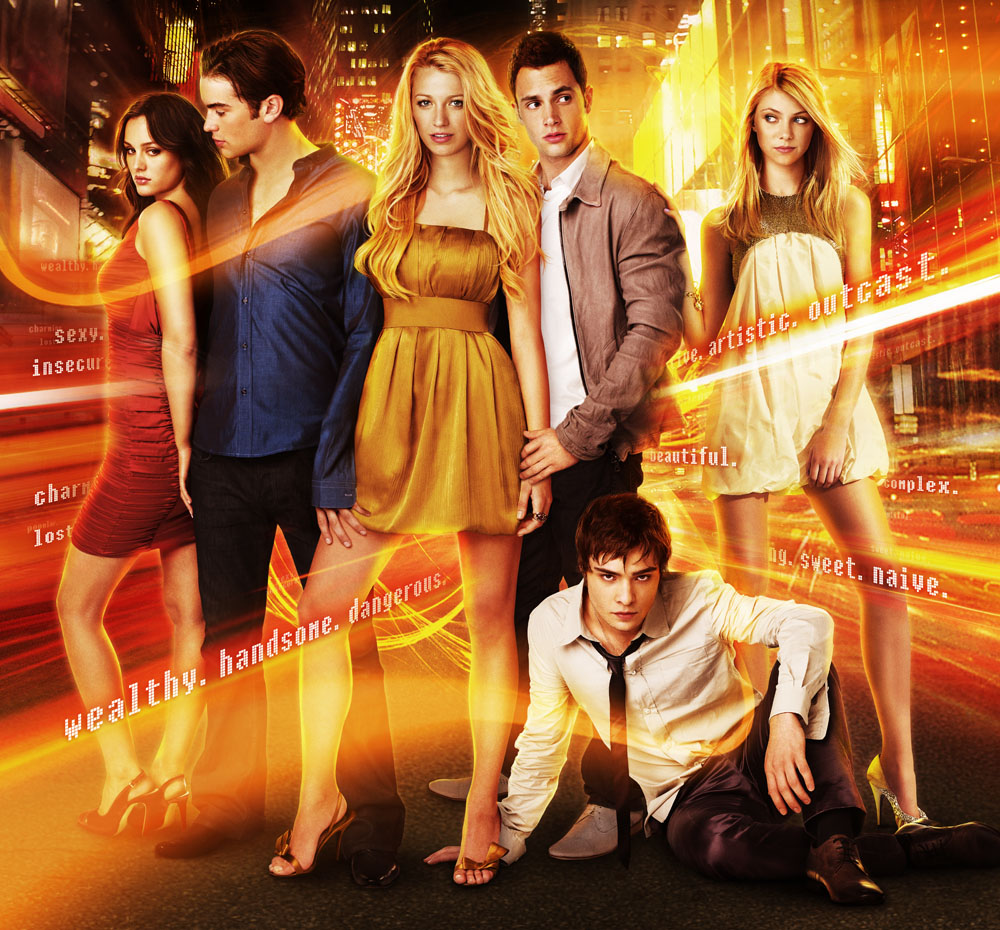 Gossip Girl: a teen drama series revolved around the lives of the upper class young adults living in New York City. All six seasons are filled with romance, jealousy, mystery and a lot of drama, narrated by the ruthless blogger that see’s everything – Gossip Girl.

Don’t agree with the recommendations on the list? Comment what you think people need to see on Netflix.